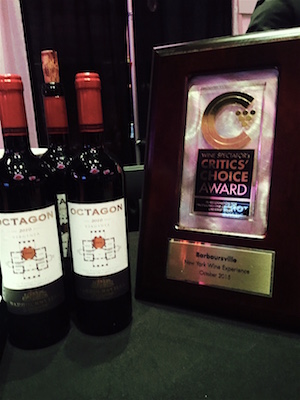 Governor Terry McAuliffe hosted a reception for winemaker Luca Paschina at his official residence in Richmond on October 26th, just as Luca was returning from representing Virginia wine with Octagon 2010, at “Wine Spectator’s” invitation to the World Wine Experience in New York. No sooner had Luca concluded his 25th harvest at Barboursville, and his first tastings with associate winemaker Daniele Tessaro, for blending the new Octagon which will set the standard for it, than he found himself the focus at the Governor’s mansion, of not one award but two. 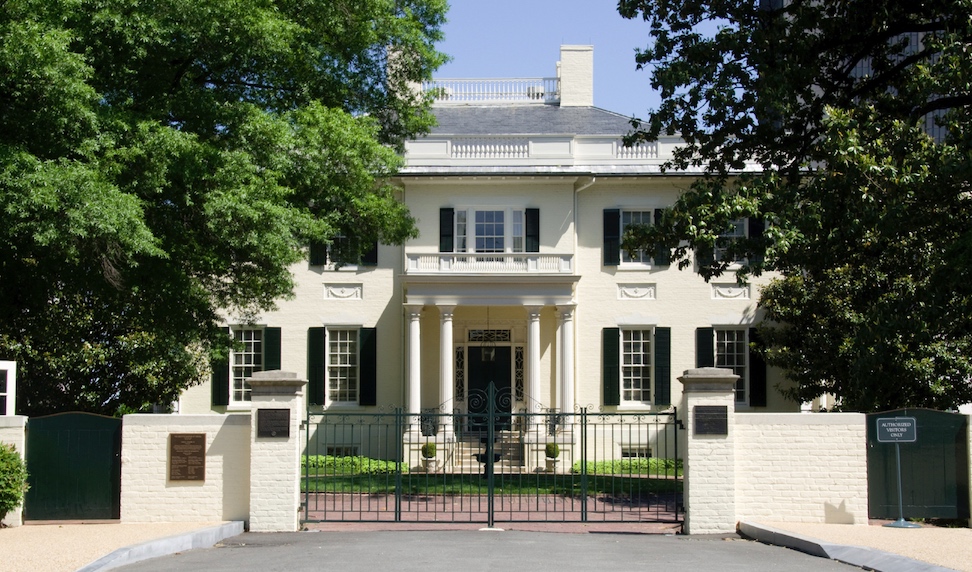 Announced as a celebration of the Italian government’s induction of Luca into the Order of Merit, earlier this year, the occasion blossomed into the bestowal, previously unannounced, of the Atlantic Seaboard Wine Association’s Monteith Trophy for “exceptional contributions” to the reputation of wines of Virginia and the East Coast. Winery owners Gianni and Silvana Zonin joined Luca’s immediate family, winery colleagues, and proponents of Virginia viticulture past and present, including former Governor and director of UVA’s Miller Center of Public Affairs Gerald Baliles; former Virginia First Lady, now Education Secretary Anne Holton; distinguished winemaker Gabriele Rausse; ASWA leaders Gordon Murchie and Carl Brandhorst; and Secretary of Agriculture Todd Haymore in a celebration featuring Octagon 2010 - and smiles all around.

The Tiffany silver Monteith Trophy will be on display at the winery through the next year. It was first awarded to viticultural pioneer Konstantin Frank in 1980, for meritorious service to American winemaking over an extended period, and Luca is its 32nd recipient. It does not signal the end of a career, but a volume and character of work sufficient to inspire and guide winemakers in the future. To everyone’s delight, Luca declared that he was inspired to be one of them.

The Octagon ~ The long-awaited feast