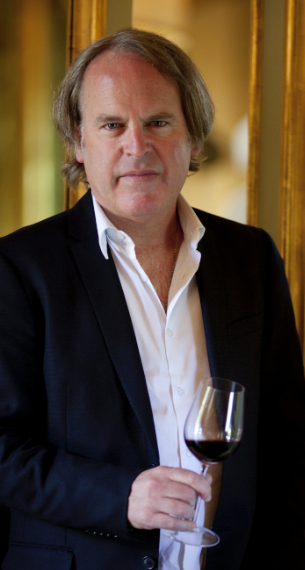 The widely respected writer on European and American wines, former senior editor of Wine Spectator, James Suckling recently conducted a blind tasting of the 12 "Governor's Case" Gold Medal wines from the 2014 Virginia Governor's Cup competition - the year which followed the Governor's Cup victory for Octagon 2009. Three of these 2014 Governor's Case wines were grown at Barboursville Vineyards, and Mr Suckling cited them at the top of his ratings. With all 3 wines available in the winery's Library 1821, for tasting and purchase on weekends, this report presents a valuable update of their sustained vitality. (Available to subscribers only, these notes are transcribed below). Published with these findings, were those of contributing on-line critic, William McIlhenny.

Nebbiolo Reserve 2010 - 91 points - One of the best Nebbiolos outside of Italy, with dried berry, tar and spice. Full body, and reserved with a firm tannic finish. Needs two to three [more] years of bottle age.

This vintage also holds the Gold Medal of the Critics Challenge in California, and 91 points from Wine Enthusiast.

Malvaxia Passito 2008 - 93 points - So much peach character here with loads of apple and dried peach character. Very intense and sweet. So much going on here. They take the grapes and air dry them before pressing. Outstanding.

This vintage of our Passito wine, always tempting to regard as "the best wine we make," was Best-in-Class or Best-in-Show at the Atlantic Seaboard Competition, San Francisco Chronicle Competition, and at Chicago's Beverage Testing Institute, also holding the Gold Medal of Sommeliers Challenge in California.

Barboursville Cited among Top 101 US Wineries