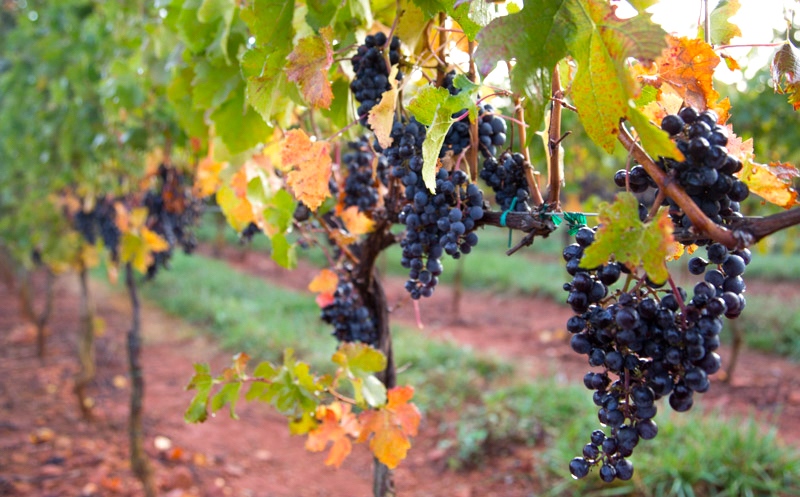 This year’s Monticello Cup has been awarded to one of our rarer wines.

The 2010 Petit Verdot Reserve represents our vineyard's 10th vintage of this grape, but only our third crafting of this wine. With our traditional approach to varietal development, we committed ourselves unreluctantly in 2000, to growing Petit Verdot for its significant contributions to blending with other Bordeaux varietals, without any expectation of introducing a wine based predominantly on this grape, despite its sudden popularity in our region. With the 8th vintage, when the blending of Octagon 2008 had been completed, we found 4 barrels left of very tempting Petit Verdot, and crafted such a small production that we sold it only at the winery. This is still the case with our Petit Verdot Reserve. Its instigation and its inspiration, is Octagon. What is left, when Petit Verdot has served that priority, is a gift to the winemaker's imagination.

We are especially pleased by the award of the Monticello Cup to this vintage of Petit Verdot, because our region and its gifted growers and craftsmen at other estates have commemorated 2010 as one of our great years. (Awarded the Gold Medal in this same competition are Cabernet Sauvignon Reserve 2010 and Octagon 2010 Anniversary Edition, as the original Octagon 2010 had been in a previous Monticello competition). At the same time, Petit Verdot Reserve 2010 says something distinctly about us, in its inclusion of Nebbiolo as the sole other grape in the blend, at approximately 10%. This is heresy in Piemonte, where the blending of Nebbiolo is not permitted, and inconceivable in Bordeaux, where Nebbiolo is not cultivated. Even more than our Nebbiolo, our Petit Verdot reveals its elegance only with the most patient cellaring, and for this reason, the current vintage in our Tasting Room is 2012, with this 2010 vintage being available in our Library 1821.

We accept the 2016 Monticello Cup on the eve of our 40th anniversary in winegrowing, which we celebrate next week. For our founders, Gianni and Silvana Zonin, we are happy to verify the profound encouragement of their faith in our terroir, which many now share across the world of wine. We think it is fitting that this Cup goes to a wine of some boldness but inherent finesse, which embodies the originality embedded in this terroir.

Octagon 2013 has been released